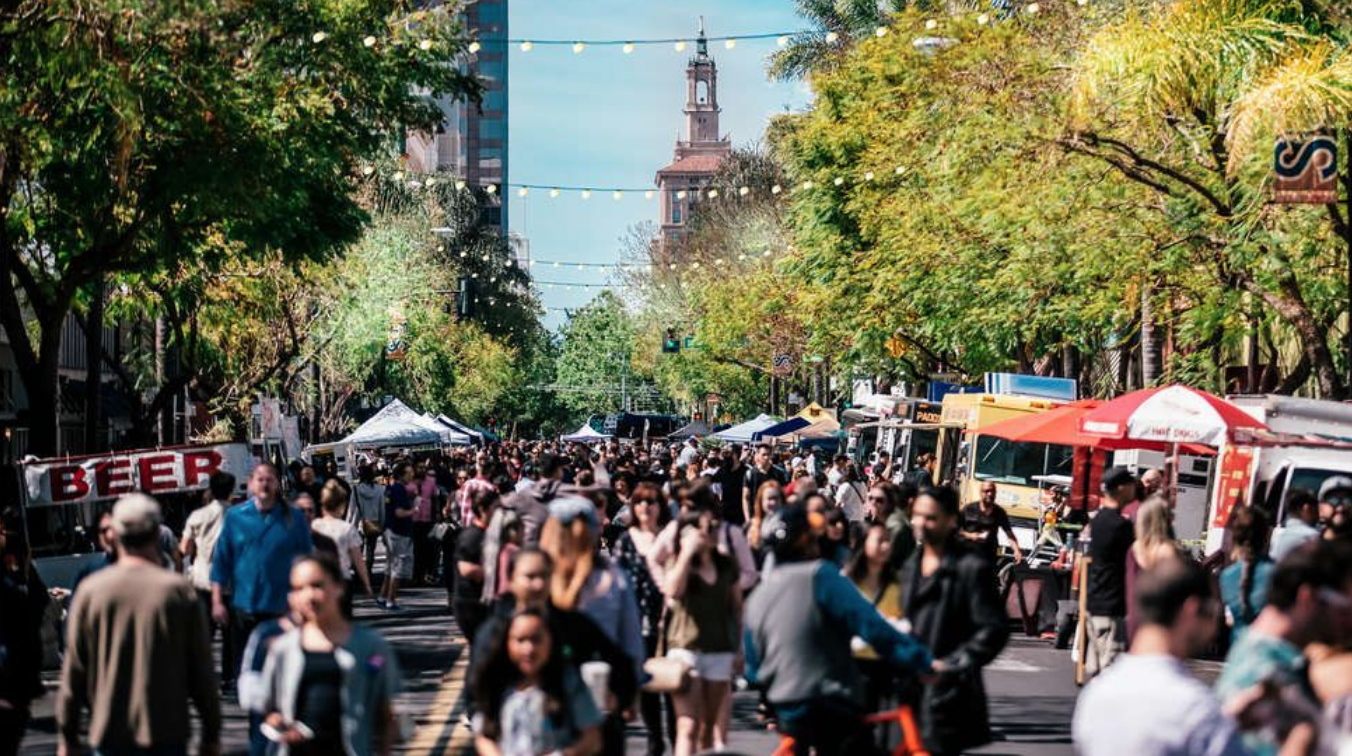 5 Places to Explore in San Jose before Summer Ends

San Jose is one of the largest city in California and a major technology hub in San Francisco Bay Area. As a cultural, political, and economic center, San Jose has rightfully earned the nickname "Capital of Silicon Valley". Major global tech companies including eBay, Cisco Systems, and Adobe Systems, Paypal, and Samsung maintain their headquarters in San Jose, in the center of Silicon Valley.

San Jose is the home of innovation
Many things were invented in San Jose, including the floppy disk, Eggo waffles, hard disk drives, and The Wave. In fact, the Silicon Valley U.S. Patent and Trademark Office is located in San Jose City Hall, and San Jose is one of the metro areas with the highest number of patents per capita.

Here are the top 5 places to visit before summer ends:

The Winchester Mystery House is an architectural wonder and historic landmark in San Jose, CA that was once the personal residence of Sarah Lockwood Pardee Winchester, the widow of William Wirt Winchester and heiress to a large portion of the Winchester Repeating Arms fortune.

Tragedy befell Sarah - her infant daughter died of a childhood illness and a few years later her husband was taken from her by tuberculosis.

Santana Row features a vibrant mix of over 50 shops, 30 restaurants, CineArts movie theatre, and the boutique Hotel Valencia.  With your pick of dining options, everything from burgers and Italian to Asian fusion and French, you'll have plenty of choice’s to refuel while shopping at The Row’s top stores including Madewell, Ted Baker, H&M, Anthropologie, kate spade new york, Gucci, Tommy Bahama, lululemon athletica, Boutique Harajuku and Sephora just to name a few. Plus, catch live music and outdoor yoga classes in Santana Row Park and enjoy plentiful parking all within walking distance.

Happy Hollow Park and Zoo is a family-friendly amusement park and accredited zoo. Located on sixteen acres, Happy Hollow features many popular features like its carousel, roller coaster, petting zoo, and Puppet Castle Theater. Although the rides are enjoyable, visitors will love the animal exhibits just as well. Stroll the grounds to see animals like jaguars, lemurs, meerkats and goats. Adults will love the vibrant atmosphere of the park just as well as kids do. Be sure to stop by the Learning LODGE that is built from hay bales to check out upcoming classes and camps. With its emphasis on conservation and sustainability, the park is a great attraction for both education and fun. Through the Quarters for Conservation program, every ticket and membership sold to Happy Hollow contributes to local and global wildlife conservation initiatives.

The Tech Interactive is a Silicon Valley landmark for visitors seeking a glimpse of the most innovative place on Earth. The 132,000 sq. ft. structure is one of the nation’s premier science and technology museums. Through fun, hands-on experiences and one-of-a-kind floor programs, many supported by Stanford and NASA, the museum unleashes the creative sparks hidden within. Enjoy the largest IMAX dome screen in the West with its eight story-high screen and digital surround-sound system as well as events after hours including classes, maker events, Creative Collision programs, The Tech Awards, and lectures on cutting edge technology occur weekly so check the schedule. With so many experiences at your fingertips, the possibilities are limited only by your imagination!

Those of you who are familiar with us would know that we opened our first OnePiece Work location in San Jose. Since 2017, we've worked with over 250 companies in 30+ tech-focused industries to create a space that's not just a place to get work done - but a community that's welcoming, inclusive, and supportive of one another in 10 more locations worldwide.

Our space is located just a few blocks away from Silicon Valley's premier outdoor destination, Santana Row - filled with boutique shops, high end brands, and several healthy options. It is an ideal choice for entrepreneurs and freelancers who enjoy working in a relaxed, community minded work environment.

Services in this Location