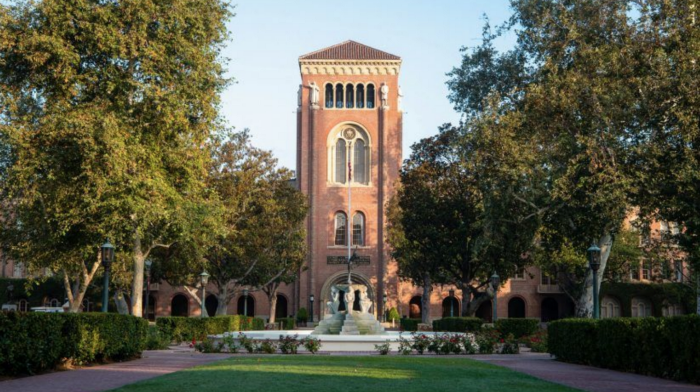 Traditionally, Chinese students who left home to be educated overseas have been more likely to remain away, embracing opportunities in their host country. A recent trend reversal sees eight out of 10 Chinese students now returning home after completing their education.

This change can be attributed to a number of factors. For entrepreneurs studying or working in the US, fierce competition, visa limitations, funding and other constraints in the US tech ecosystem, constitute challenges.

Conversely, the sheer expanse of China's market, the influence of tech giants like Tencent and Baidu, and the growth in venture capital funding make homecoming an attractive option for Chinese tech entrepreneurs in the diaspora.

Chinese nationals that do return home, or Haiguis (sea turtles) as they’re colloquially called, have often been able to capitalize on cross-border experience in international markets to create unique new local business models in China.

The most successful businesses founded by returning Haiguis have adopted strategies that straddle the best of both worlds:

Drawing on established R&D approaches and management techniques prevalent in the West....

While taking advantage of the scale of the regional market and adopting elements of the strong Chinese work ethic that support agile teams and ability to execute quickly.

To better understand how this plays out, let’s look at a few of the most successful Haiguis and the stories of the global-minded companies they founded.

Stanford MBA graduate and former Bain Capital employee, Charlwin, met his co-founder, Miranda, while (ironically) shopping at a mall in the US. They both shared a love for travel and observed that many Chinese tourists came to the US for the sole purpose of shopping. The pair soon conceived the idea of a travel shopping app that provided advice and guidance for Chinese tourists.

Observing their users’ app browsing patterns, the founders realized within a year of the platform’s launch that there was an opportunity to convert their information seekers into buyers - so they added on an e-commerce feature.

What did XiaoHongShu do right?

Mao and Qu did not just go out and build another app.
● They observed the cross-border buying behavior among their potential market.
● They enabled and scaled this behavior by providing access to information (self-reported shopping experiences by app users).
● Information led to discovery, and discovery created a need among their target market (the need to purchase).
● XiaoHongShu stepped in to fill that need with e-commerce capabilities.

Ctrip is China’s largest travel service provider, with an online membership of over 300 million travelers. Since its inception in 1999, the company has grown steadily, with increasing interest in global markets, as observed in the recent acquisitions of Scottish airfare aggregator, Skyscanner and US travel company Trip.com.

The founder of Ctrip, James Liang, earned his Bachelor’s and Master's degrees at the Georgia Institute of Technology in the US, after which he began his tech career working for industry giant Oracle Corporation in the 1990s. During his early career, Liang visited China and discovered there were opportunities to lend his expertise in helping companies set up management systems - a skill he had garnered working with Oracle in the United States.

Liang decided to move to China, still working for Oracle, and soon a window of opportunity opened with the Chinese government’s renewed focus on growing the country’s technology sector. Together with three co-founders, James Liang launched Ctrip, and the rest, as they say, is history.

Now the Chairman at Ctrip, Liang recognizes the importance of research and development in fostering innovation. This mindset was nurtured through his experience on the R&D team at Oracle in the US. In one of his books, Liang predicts that research will remain a competitive advantage for the US over the next decade, and advocates for policies that allow international students to gain work experience in the US.

Recently addressing his employees, James Liang shared his vision for a future in which Ctrip leads the industry on the home front by effectively addressing unmet local travel needs, while striving for global travel industry dominance.

Given that China currently represents the largest online market in the world, Ctrip's twin approach of working toward both local and global relevance positions the company to lead the industry through market share acquisition.

ByteDance, the world’s most valuable startup (valued at $75 billion) is the parent company of a few popular tech products created by Chinese entrepreneurs with international exposure.

The popular Musical.ly app, recently acquired by ByteDance, was the brainchild of Alex Zhu, who developed the product while living in the US.

Following a failed UGC education app endeavor, Alex came up with the idea for Musical.ly while watching teenagers interact with their devices and social apps. Musical.ly was designed and launched in 30 days by Alex’s team based in China - and the core of the team continued to operate out of China following the product launch.

ByteDance  purchased Musical.ly in 2018 and merged it with the company's proprietary Tik Tok (locally Douyin), which is similar to Musical.ly and was already popular in China, with over 500 million monthly users.

Tik Tok, is now one of the hottest apps on the global market, with a strong base in China and a thriving followers in the US and across the world.

East or West … Collaboration is Best
Achieving global success is in many ways easier today than ever before, with increased access to markets and porosity of digital borders.

In a strategic move to gain international prominence in technology, China in recent years has not only eased business conditions locally, but has also become increasingly more open to global entrepreneurship, adopting policies to attract foreign talent in academics and business.

For both the US-trained Chinese student or employee and Western innovators seeking new opportunities and markets, China right now is a destination worth exploring.

All the prominent Haiguis featured here benefited from personal networks that allowed them to identify opportunities and adapt ideas hatched abroad to local Chinese market conditions. The next big, cross-border tech startup opportunity is waiting to be discovered; to get in the game, today’s entrepreneur must be deliberate about building relevant networks across global tech hubs, through startup communities and platforms.