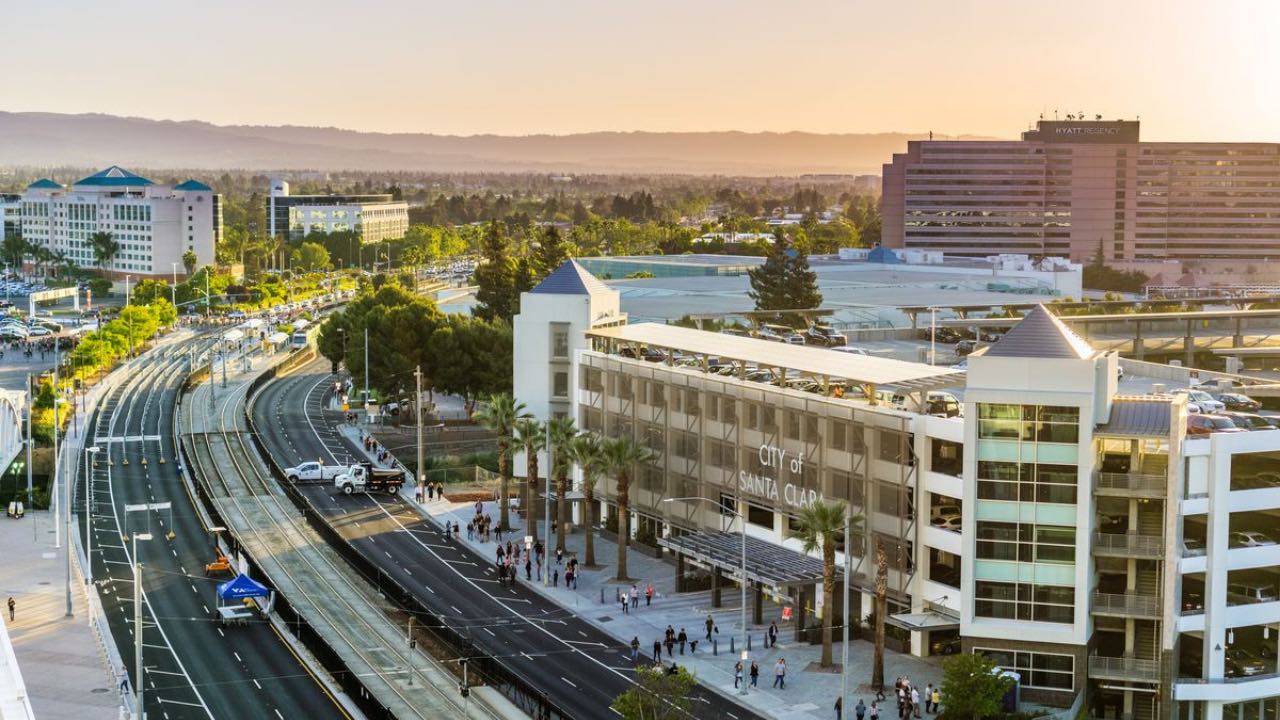 10 Things to Try in Santa Clara

Located in the heart of Silicon Valley, Santa Clara is home to many leading tech companies. Nestled between San Jose and Cupertino, Santa Clara has all the perks of a major tech hub, but with the heart of a small town. From fun family attractions to exciting sport events, Santa Clara covers all bases.

Here is a list of must-have experiences you can do in Santa Clara all year long:

California's Great America is a 112-acre amusement park located in Santa Clara, California. Owned and operated by Cedar Fair, it originally opened in 1976 as one of two parks built by the Marriott Corporation. The park features over 40 rides and attractions, and some of its most notable is Gold Striker, which has been featured as a top-ranked wooden roller coaster, RailBlazer, a single-rail coaster, and Flight Deck, an inverted coaster. They will be welcoming South Bay Shores Waterpark to their list of attractions, opening in June of 2021.

Levi's Stadium is the home of the San Francisco 49ers and the premier sports and entertainment venue in the world. It is known for being the most high-tech stadium in the world and was officially recognized as Sports Facility of the Year by Sports Business Journal. Make sure to stop by the 49ers Museum featuring 11 unique exhibit spaces to learn more about the 49ers past, present, and future.

The South Bay Historical Railroad Society offers something for old and young alike. Stop by and see a little bit of California history! Founded in 1985 to preserve the heritage of American railroading, the Historical Railroad Society is located in the historic Santa Clara Depot. Additionally, ever-changing diorama displays give visitors and members a better understanding of the different aspects of model railroading.

A beautiful and popular site for public and private gatherings, the Mission Gardens is a peaceful area on the Santa Clara University campus located behind the Mission Church. The garden includes the Adobe Lodge and Wall, the oldest structures on campus, dating back to the early mission years.

Located within Santa Clara University, the de Saisset Museum hosts 10-15 temporary exhibitions each year, in addition to its permanent California History display. Exhibitions connect to the rich art and history of California by highlighting the diversity of the community and addressing issues of contemporary society. While in-person visits are currently suspended due to COVID-19, virtual exhibits are freely available and continually refreshed.

Tan-Cha is a traditional milk tea house with multiple open locations. At Tan-Cha, they always use real fruit and tea – for the freshest flavors and most traditional taste, instead of artificial flavors. You can choose from their wide selection of menu items, from milk teas, cocoa drinks, to fresh fruit tea – top it off with puff cream, tiramisu, or cheese foam.

Puesto Santa Clara serves authentic Mexican cuisine inspired by the people, art and culture of Mexico City. With nine locations across California, they are well-known for their delicious signature blue corn tacos - most popular being their filet mignon tacos with crispy melted cheese, avocado and spicy pistachio serrano salsa. Puesto Santa Clara has three patios and a variety of semi-private indoor spaces for an intimate dinner gathering, or a family-style fiesta.

Bordering San Jose, Cupertino, and Sunnyvale, this is the perfect location to launch your game-changing business. OnePiece Work Santa Clara is newly-renovated with optimal lighting, modern furniture, and a cozy outdoor patio. Just minutes from the US-101 and the CalTrain, you'll be able to explore Santa Clara’s vibrant neighborhood, too.

Book on-demand meeting rooms or private offices by day, when you need it!